Fast pace gameplay is for everyone who misses old school games when You couldn’t beat the game first time You tried it.

🔘 3 lives – Unlike other brick blaster games, this one comes with 3 lives (max).
When all of them are lost the game is over and game starts from the beginning.

🔘 Hard Core Gameplay – Unlike other brick breaker games, this one is made like old school games.
Nostalgic. Meaning, that once all lives are lost, the game resets, and You have to start from the beginning.

🔘 Motivational – At the end of each level, when score is displayed, there will be a famous motivational quote.
A quote is also shown when the game is over.

🔘 High score system – Your scores are uploaded automatically to Google Play.
So You can check who was better today, this week or who has the overall highest score.
Among your friends or everyone.

🔘 Cool achievements – There are cool and unique achievements in this game.
Some are shown, some hidden. Can You unlock them all? They are connected via Google Play!

Block Break – Extreme Edition is a swiping brick breaker game that anyone can enjoy!
The goal of this game is simple and straightforward – break all of the blocks with a bouncing ball.

Control the bouncing ball using a brick that You can move touching anywhere on the screen. Its fast and responsive!

When you finish breaking all of the blocks in the level, you’ll move to the next one. Keep the ball bouncing, break the bricks, and you’ll do just fine.

If the ball falls below the control brick, a life is lost. You have 3 lives at the start.
If You happen to lose one, don’t worry, there are 3 ways to get lives back:

❤️ First – on every 10th level You will face off with a boss brick. Defeat that and You’ll get a life back.
❤️ Second – after every level, on the score screen, there is an option to watch an rewarded ad. That will grant a life back. You can watch it many times.
❤️ Third – this becomes available after level 25. If all of the lives are lost, there will be an option to get to full health for a price.
This option is available once per game. If you lose all lives or select “no” Game Over screen will show up and You will start from the beginning. 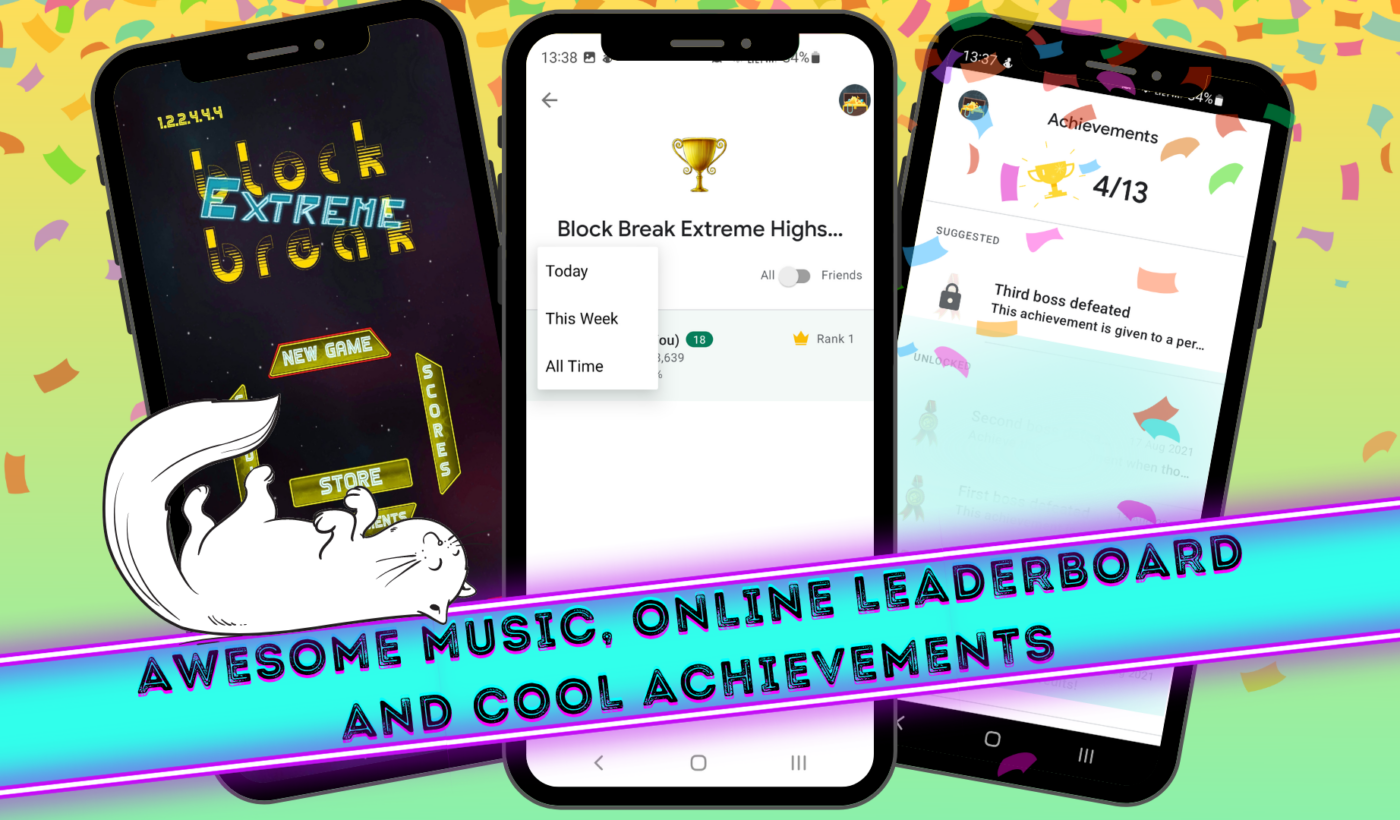 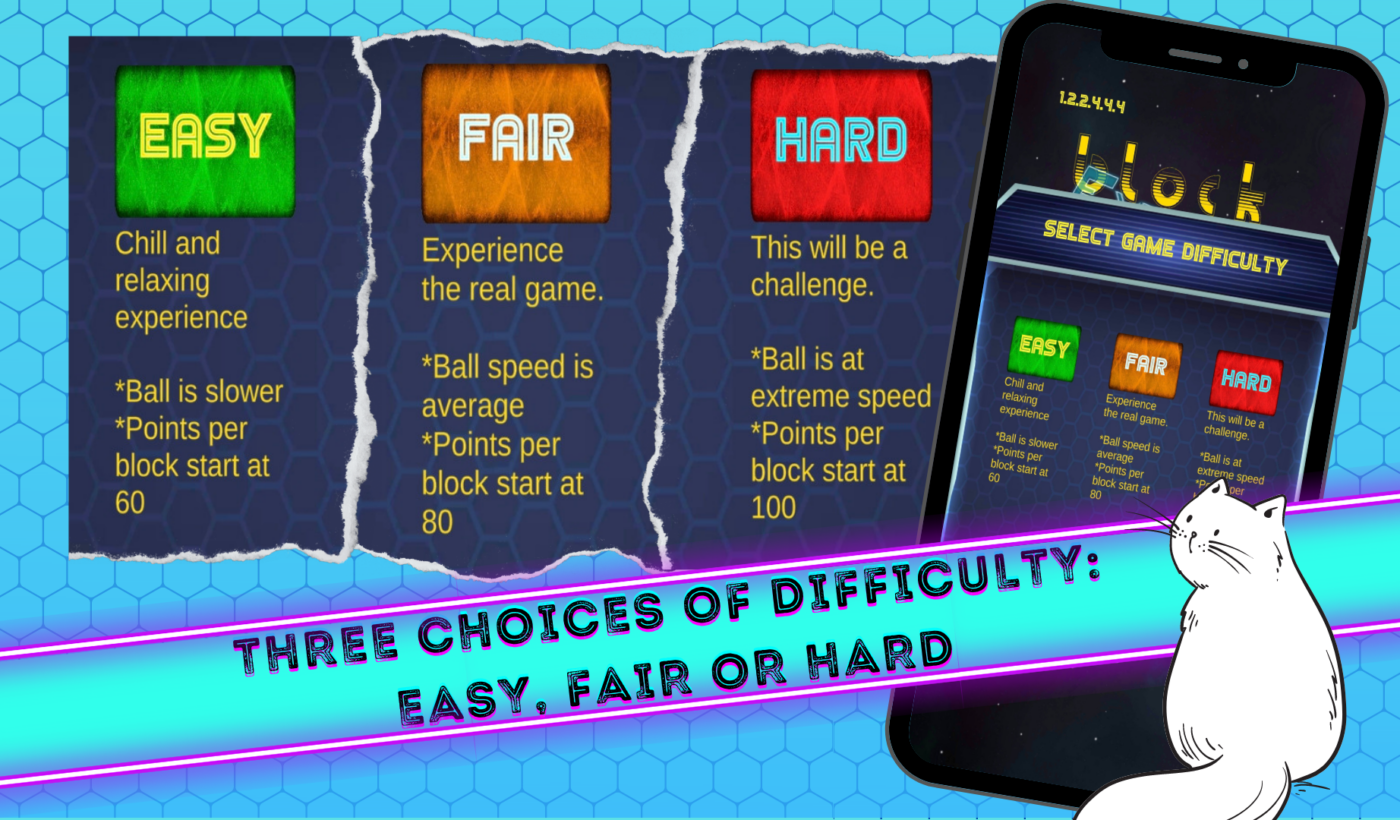 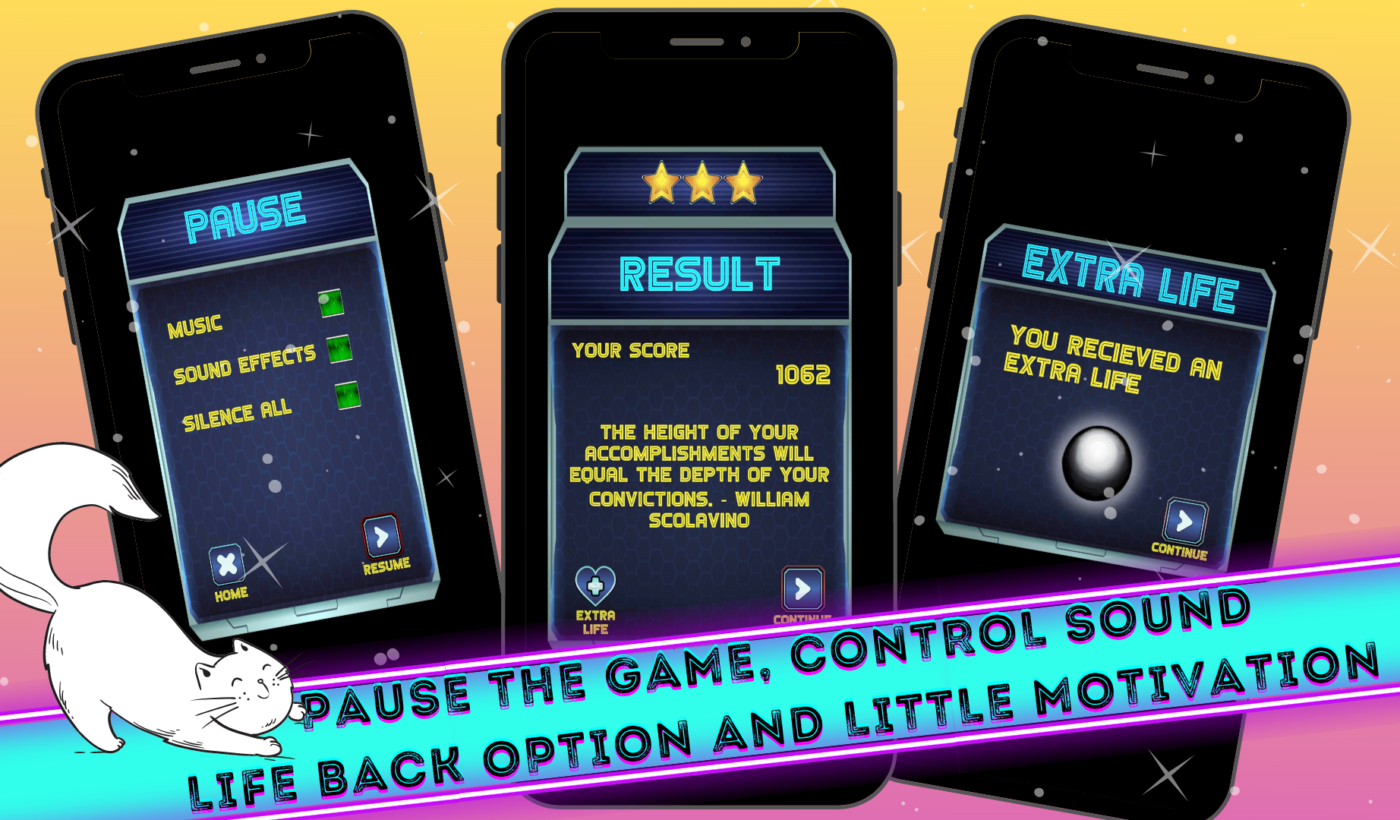